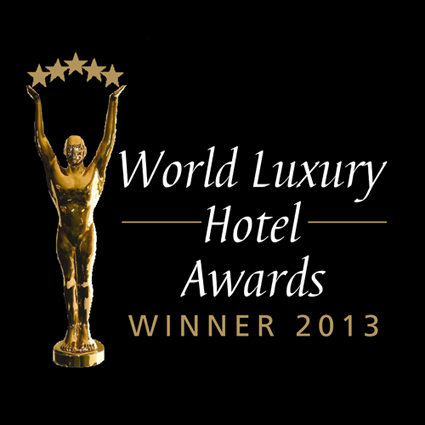 Radisson Royal Hotel Dubai has been recognized as the Country Winner and won the “Best Luxury City Hotel Award” at “The World Luxury Hotel Awards” ceremony which was held in Phuket on the 1st of November, 2013.

The World Luxury Hotel Awards is positioned as the pinnacle of achievement for luxury hotels worldwide. The Awards account for 50 categories in the luxury hotel industry and include amongst others Luxury Private Island Resorts, Casino Hotels, City Hotels, and Lodges.

Winners are purely judged on service delivery and effective management voted for by International tour operators, travel agents and hotel guests who get the opportunity to cast their valuable votes annually, making the process fair and unbiased. Over 1,000 hotels from 87 countries were nominated to participate in the world’s most prestigious Awards initiative for luxury hotels in 2013.

“I would like to congratulate our team for the great achievement and we are very delighted with this recognition. We feel very honored to be selected as Best Luxury City Hotel for UAE and take home this prestigious award from The World Luxury Hotel Awards. We will continue to serve for the luxury market, and keep our focus on delivering our Yes I Can! promise,  to create unforgettable memories for our guests.” said Cornelia Erhardt, General Manager of Radisson Royal Hotel Dubai.

Rising high in the city's skyline, the shimmering glass exterior of the 51-storey Radisson Royal Hotel is a stylish landmark along the bustling Sheikh Zayed Road. The hotel is perfectly situated in this cosmopolitan city for exploring extravagant urban sights; however, the vast deserts of Dubai and sparkling shoreline of Jumeirah Beach are also close by. This lavish hotel is just minutes away from Burj Khalifa and The Dubai Mall. Also 15 minutes
away from Dubai International Airport and within walking distance of the World Trade Centre Metro Station. In addition to its ideal location, the Radisson Royal features four restaurants, two bars, a gym, an outdoor pool and a spa.

About the Carlson Rezidor Hotel Group

The Carlson Rezidor Hotel Group is headquartered in Minneapolis, USA, and Brussels, Belgium.